← FMP — Human Being; or, How To Be Remembered
Penguin Random House Design Award 2017 →

At the beginning of this project, we learned that Ray had retired from CSAD! 😦
It’s sad news, but nice to know he’s taking time out for himself now.

Anyway, The Big Idea was supposedly an exercise in idea generation. According to Ian, “Idea generation is a cornerstone of graphic design. The audience will know if your idea has no substance.”

We were given a large list of words and concepts. From there we’d choose one and simply create an outcome inspired by it. Very open-ended, but hopefully it wouldn’t lead to as much paralysis as the ISTD brief…

From the list, I was drawn to the word Curiosity much more than any of the others. I’m not entirely sure why, but I think that, being a very curious person myself, it resonated with me and I felt as though I might be able to bring something interesting to it.

Some suggested questions to ask ourselves to begin the project were:

After the briefing, I left feeling particularly inspired and eager to start working. In fact, the moment I started walking home, I had the idea of what I wanted to produce in my head already and began writing it on my phone to make sure I didn’t lose it.

My initial research led me to the dictionary definition of the word ‘curiosity’, which has two meanings. One, obviously, being a desire to know or learn something, but the other definition (an unusual or interesting object or fact) got me thinking. I really liked that cyclical idea that an unusual object can lead to a desire to know more about it — curiosity inspires curiosity!

I then thought about times in our lives when we engage in curiosity, and came up with four stages, which, in my eyes, are ordered chronologically:

One artist I have been appreciating a lot recently is Dallas Clayton, whose illustrations wholly embrace a sincere, childlike appreciation for all the little things in the world. It’s all very positive and fluid and fun, and — at least personally — it makes you take a step back, relax, and agree with him for just a minute.

For quite some time now, I’ve noticed that people take things far too seriously, and they take being wrong as something to be hidden or ashamed of. I believe that, if we could admit to, explore, or even share our faults, then we would all be able to work better together and raise the universal standard of education and wellbeing. 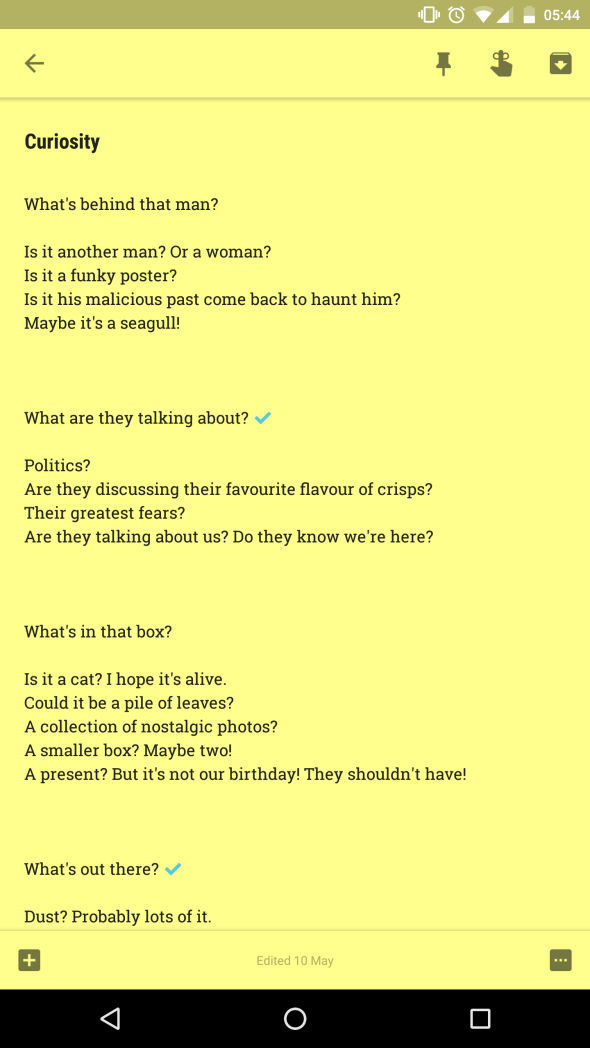 In this project, I saw the opportunity to highlight this problem and encourage people to try to overcome it consciously. My idea was to create a pocket-sized booklet for people to keep around them if they need to be reminded to take a step back and relax a little bit. It would be written vaguely in the style of a children’s book, but with some adult themes and a bit of sly humour to give it an older appeal. It would focus on the kinds of simple, inane questions that children ask all the time, but that we grow out of later in life (sometimes because we know the answer, but also sometimes because we’ve lost that eager curiosity that we once had). I’m arguing that part of the greatness of life is the simple act of being curious itself, and we don’t always necessarily need to know the answer. It’s fun to imagine.

So, seeing as I’d written most of the work so early, I now had time to focus on the visuals to go with it. I did initially intend to use drawn illustrations, but later changed to photographs with a few added illustrative flourishes because I didn’t want the book to seem too childish. I couldn’t find many children’s books with photography-based illustration, so I reasoned that it might make it stand out a little more as a legitimate argument.

I had to spend a few days travelling around in order to get the photographs that I wanted, but it proved to be a fairly manageable task, and I was able to get everything done within a decent amount of time. The next step was to put it all together with the text.

It really is quite strange how much of this project I had in my head so early-on, especially in comparison to the ISTD brief. Even the typeface I used in the final design (Gotham Rounded) was what I pictured right at the beginning. 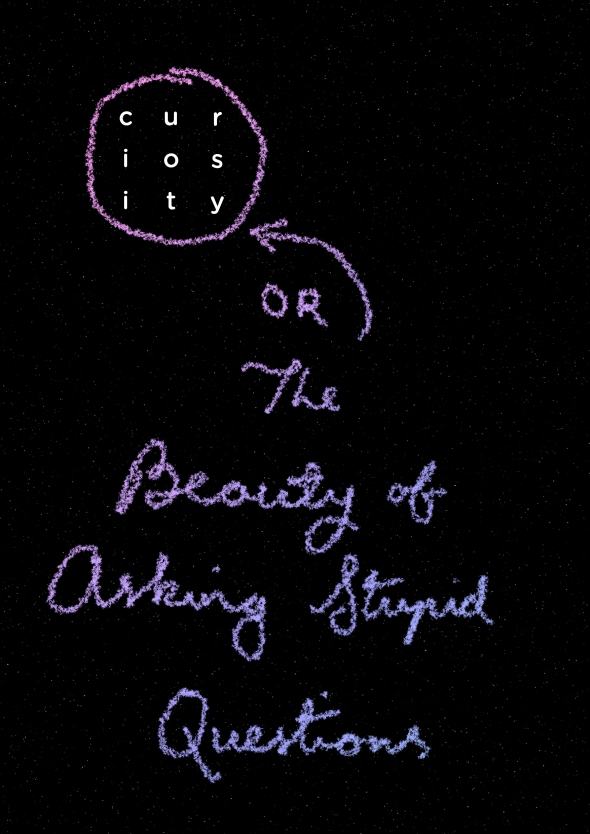 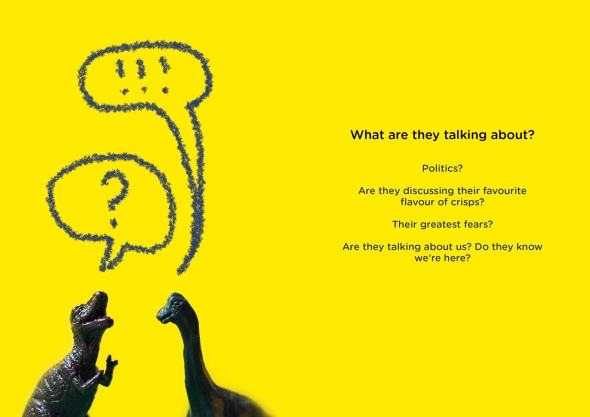 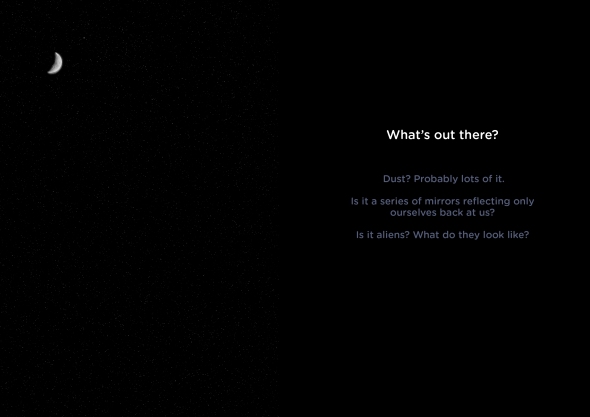 Overall, I’m very happy with the end results. It’s not the most ambitious piece I’ve done, and I could have perhaps spent a little more time researching a wider range of influences before cementing my final idea, but it felt great to put my argument down on something like this, and I think it’s worthwhile.